POLIO, MY FRIEND DEBBIE, AND THE CASE FOR VACCINES

Posted on August 8, 2021 by Harley Rotbart
The timing of my “No Regrets Living” book’s preparation and release has allowed me to weave my observations on the pandemic into the book’s foundational 7 Keys to a Life of Wonder and Contentment. My reflections on the pandemic, including coping mechanisms and paths for going forward, are offset in shaded boxes like this one.
While these shaded boxes deal with the pandemic in the context of our search for contentment in our lives, the essence of this book is not about infection at all. It’s about discovering the joy of life with fewer regrets. I hope you’ll agree that “No Regrets Living” is a timeless blueprint for reaching a fulfilling life now and long after the pandemic is relegated, along with past scourges, to the pages of history. When that happens, the shaded boxes will serve as a time capsule of sorts for future generations who I hope will never know anything like COVID-19 in their own lives but will still reap the rewards of the 7 Keys.
EXCERPT #2:
The disease known as paralytic poliomyelitis (polio) has been recognized as early as ancient Egyptian hieroglyphics. Outbreaks of polio first occurred in the early twentieth century, but it wasn’t until President Franklin Roosevelt developed the disease that public awareness, and fear, of the disease also reached epidemic proportions. In 1952, the polio epidemic in the United States numbered nearly 58,000 cases, of which 3,145 patients died and 21,269 were left with permanent paralysis. Although limited use of immunization against other diseases, such as smallpox, began as early as the eighteenth century, a large-scale immunization program wasn’t possible until scientists at Boston Children’s Hospital developed a technique for growing viruses in test tubes filled with cells. This cell culture technique allowed for the development of polio vaccines by Jonas Salk and Albert Sabin. The last reported case of poliomyelitis in the United States, following years of mass immunizations, occurred in 1979. Years earlier, Debbie, a middle school friend of mine, was one of the last children in Colorado tragically paralyzed by polio virus; she became infected just before the oral vaccine, given as a small red drop on a sugar cube, was available for millions of children across the country.
One of the unfortunate and unforeseen, but understandable, effects of the COVID-19 pandemic has been the decline in numbers of patients obtaining routine health and dental care and undergoing elective surgical procedures. Most ironic of all, as the world desperately awaited the development of an effective vaccine to protect against COVID-19, routine childhood immunizations for polio and other preventable diseases dramatically decreased as parents shunned doctors’ offices. The result: half or more of all young children fell behind on their vaccination schedules.
The remarkable success of the vaccine for COVID-19 should remind parents of the value of vaccines for all the diseases we have successfully prevented for decades. COVID-19 vaccines were developed faster than any other vaccines in history but, sadly, like so much else during the pandemic, the vaccine has become a political issue. Politicians undermined the safety and efficacy of a COVID-19 vaccine even before clinical studies were complete and a vaccine approved for use. The effect was profound – early surveys showed that fewer than half of the population would take a vaccine when it became available. Even worse, undermining the COVID-19 vaccine for political gain threatened the acceptance of all vaccines – if a COVID-19 vaccine can’t be trusted, why should other vaccines be trusted? The COVID-19 vaccine has now been “field tested” in hundreds of millions of people and has proven to be extraordinarily effective and extraordinarily safe.
Vaccines have saved millions of lives for the past 75 years. They are a miracle of modern medicine, a vital matter of health and safety, and should never again be turned into a political issue. 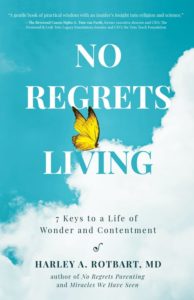